Flyover People: Life on the Ground in a Rectangular State by Cheryl Unruh

This book of essays celebrates Kansas. And who doesn’t love Kansas?

During this sesquicentennial year, it’s a good time for all Kansans to renew our vows of appreciation to this state that we call home.

Eighty essays are in the book. All have been published in The Emporia Gazette in Cheryl Unruh’s weekly column, also called Flyover People which she has written since 2003. Eighteen of the essays have also aired as commentaries on Kansas Public Radio.

The essays are about…

The sky, the horizon, level land.

From Cheryl’s essay “On the Horizon:”  Now we’ve know about the Nina, the Pinta and the Santa Maria ever since second grade; our minds have always had to reconcile the level land with a round planet.

From her essay “No Place to Fall:” So the surface of the earth intends, desires to be flat. It’s one of the planet’s long-range goals. Which means, naturally, that the rest of the world is trying to catch up with us.

Small towns, growing up in a town of 400, Kansas as home.

From “What Kansas Knows:” We connect ourselves to the prairie like rhizomes, laying a tendril here and there. We dig into the soil; we take nourishment from the land.

The book is divided into eight sections: Pure Kansas, Life on the Ground, Seasons, Nature, Looking Back, Childhood, Small Towns, and Earth & Sky.

Included in the book are essays about Rock City, the Safari Museum, Tallgrass Express String Band, Cheyenne Bottoms, the ‘Home on the Range’ cabin.

A few essay titles: “Chasing the Light,” “Vanishing Points,” “The Drama Queen,” “Living in the Alley,” “Nik and Sam Cross Kansas,” “Ike and the Interstates.”

“If I were to choose one book to put in a time capsule to describe our state, it would be this one. As the decades pass, Cheryl’s easy-to-read stories will become a descriptive and colorful memorial to Kansas nuances that are often overlooked.” Marci Penner, director of the Kansas Sampler Foundation

“Read this book slowly as you would sip your favorite beverage and savor the taste.” Dave Kendall, host and executive producer of Sunflower Journeys

“Cheryl Unruh knows her people, their ways and their loves and losses. She is our reporter of the heart, and what she captures here in her words is nothing less than our Midwestern life.” Kevin Rabas, co-director of Emporia State University’s creative writing program

Article by Monica Springer in The Emporia Gazette: Flying High

Cheryl Unruh began writing her weekly Flyover People column in The Emporia Gazette in 2003. Her writing has received awards from the Kansas Press Association, the Kansas Association of Broadcasters and the Kansas Sampler Foundation. Cheryl’s commentaries have aired on Kansas Public Radio in Lawrence, and KTWU, public television in Topeka.

Cheryl was raised in the small town of Pawnee Rock in central Kansas and graduated from the University of Kansas in Lawrence. She lives in Emporia, Kansas, with her husband, Dave Leiker. 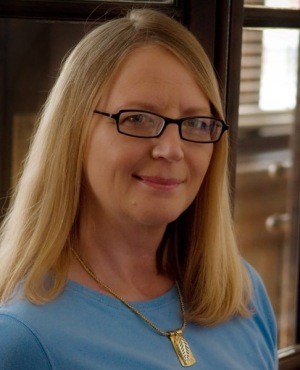